A BRIEF LOOK AT THE HISTORY OF THE ENERGY-EFFICIENT LIGHT

A LOOK AT EXPLOSION PROOF FLASHLIGHTS

USING LIGHT AS A FORM OF ART 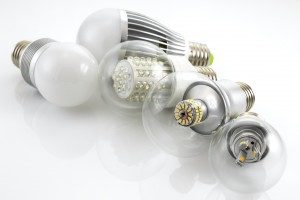 Since British scientists first began working with the incandescent lamp in the 1830s, inventors have been looking for ways to make light bulbs more efficient. When Thomas Edison patented his incandescent light bulb in 1879, he had improved upon the basic design that increased the life of a bulb from 14. 5 hours to up to 1200 hours. However, even this incredible improvement was not enough. People like Edison, Nikola Tesla, and other scientists around the world continued to explore possibilities with the different aspects of the light bulb in order to find ways to improve the quality, efficiency, and manufacturing process of the electric light.

The first major efficiency breakthrough came in the early 1900s. In 1904, European inventors created the tungsten bulb. These bulbs not only lasted longer, but shone brighter than the original carbon filament bulbs. In 1913, another scientist named Irving Langmuir added to this increased efficiency when he placed nitrogen gas inside the bulb. This inert gas actually doubled the efficiency level of the light bulb. However, while these scientists continued to make advancements, by the 1950s only about 10 percent of the energy used by an incandescent bulb was actually being translated into light. There was still much to discover.

The first major pressure to increase the efficiency of lights came during World War II. As an energy crisis rocked the war torn world, and as war plats demanded more light, scientist started to develop a fluorescent light technology that had been stumbled upon in the early 1900s. Fluorescent lights not only lasted longer than their incandescent counterparts, but they were up to three times more energy efficient.

The next big advancement in energy efficient lighting came, once again, during an energy crisis. In particular, the 1973 oil crisis. Up to this point, fluorescent lighting had, due to the color of the lights and their high manufacturing costs, only been used in commercial settings. However, the push to have a more residential-friendly, energy-efficient light, encouraged scientists to create a fluorescent light that could be used in the home. While the technology was created, once again the high cost of manufacturing – and therefore the high purchase price (about $25-35 per bulb) kept, at that time, many of these bulbs out of the home. However, the technology has continued to be evolved and, about 30 years after they were first produced, residential fluorescent lights became an affordable option for any homeowner.

Recently, the most exciting energy-efficient lighting source in the LED light. Visible spectrum LED lighting was first discovered in 1962, and since that time the different colors of the spectrum have been analyzed and examined until researchers learned how to use LED light in a variety of applications. It wasn’t until the 2000s that researchers started to develop an LED light bulb that could be used in general lighting. While the first LED light bulb was extremely expensive – and no more efficient than a normal incandescent bulb – the technology has rapidly advanced to the point that LEDs are now the most efficient light bulb on the market. Prices have also drastically reduced making them a realistic option for the average homeowner.

As more and more focus is put on energy efficient lights, scientists and researchers are continuing to explore options in lighting that will make for better, more efficient bulbs at affordable prices.