INCREASING PRODUCTIVITY WITH YOUR INDUSTRIAL LIGHTING 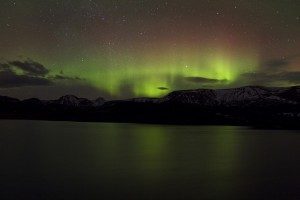 In the lighting world, we are always amazed at the beauty that can be created through natural light.  Known as optical phenomena, these wonders occur when there are specific interactions between light and matter. Some are commonplace, experienced by most of mankind, while others only happen in certain regions or under rare conditions.  Here’s a look at some of our favorites.

Rainbows: Rainbows are one of the most commonly recognized optical phenomena.  Here drops of water reflect or refract the light that is coming from the sun, creating a beautiful bow of different colors.

Alexander’s Band: Speaking of rainbows, if you happen to be lucky enough to see a double rainbow, look for the dark spot between the two bows.  This is called Alexander’s Band, and the dark space occurs due to the difference in the deviation angles of the two rainbows.

Halos: If you’ve ever seen what looks to be a halo around the sun or the moon, you are experiencing another optical phenomena.  Halos appear when ice crystals create (through reflection and refraction) colored or white arcs and spots in the sky.  On really cold days, you can often see these halos form around artificial lights as well, such as lampposts.

Afterglow: Afterglows are the beautiful part of the sunset when white or rosy lights appears at the highest points of the sky.  The afterglow is due to the light from the sunset reacting with very fine particles of dust in the air.

Mirages: Mirages are not just for people who are lost in the desert!  Instead they happen when light rays are bent, producing images or objects in the distance that seem to be displaced.  Mirages happen when air passes suddenly from cold air to significantly warmer air.

Green Flash/Rays: Green flashes and rays are so rare that they are sometimes believed to be mythical.  However, when conditions are perfectly right (which means perfectly clean and stable air), right before sunrise or right after sunset, a green spot appears directly above the sun for a mere second or two.  It is believed to be caused by the observer receiving more scattered light directly from the sun.

Aurora Borealis: Also known as the Northern Lights, the Aurora Borealis is a stunning phenomena that happens in high latitude areas of the globe (such as the Arctic zone).  Caused by the collision of atoms with energetic charged particles, it creates one of Nature’s most beautiful light displays.  There is a similar occurrence that happens in the southern hemisphere.